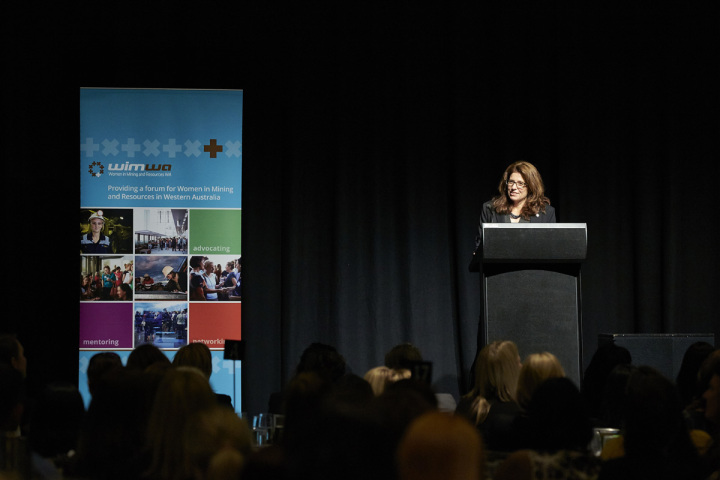 Sam Walsh, CEO of Rio Tinto acknowledged this week, in the FInancial Review,  that “Our iron ore business – which celebrates 50 year of exports from Australia next year – is very different from its 1960s origins.”   While in this interview Walsh was focussed on the changes that embracing technology has created the same can be said for the human face of the industry. Where the Australian mining industry was largely a mono-culture in the 1960s it is now a far more dynamic and diverse workplace. Rio Tinto’s Kellie Parker is a strong example of the opportunities that the increased workforce diversity has generated for women.

With a background in Occupational Therapy, Kellie joined Rio Tinto in 2001 and has held a number of safety, operational and leadership roles across Iron Ore. Kellie Parker was appointed Managing director, Pilbara Assets and Development, Iron Ore in September 2014. Prior to her current role, Kellie was General manager of Rio Tinto’s Operations Centre.  Kellie is a member of the Iron Ore executive committee and in 2010, as part of the inaugural CME Women in Resources Awards Kellie was named Outstanding Woman in Resources. At the time CME chief executive Reg Howard-Smith said Kellie is an inspiration to other women in the resources industry. “Kellie has successfully held senior leadership roles in areas that are traditionally male dominated,” he said. “She has also been instrumental in building diversity into her teams”.

At this year’s WIMWA Summit the audience was able to hear first hand from Kellie about the intersection between diversity and technology as she outlined the ways Rio Tinto is creating a more inclusive culture, and how technology is presenting more opportunities for women in the mining industry.