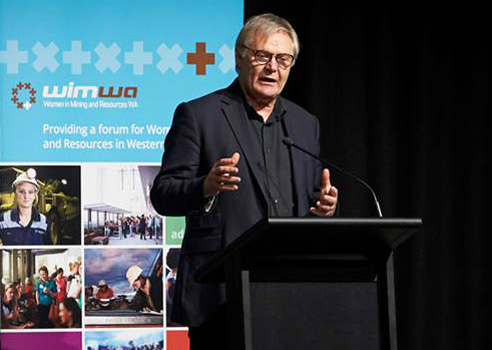 Women who aspire to leadership and other male dominated occupations carry a heavy and hidden handicap due to unconscious bias.

Compared to their male peers, women are rated down irrespective of whether they behave in a stereotypically masculine or stereotypically feminine way. These evaluation penalties include being assessed as:

At the WIMWA Annual Seminar, Professor Wood made an engaging and very well received presentation focusing on his research on unconscious bias. After a foray into professional football with South Fremantle, Robert Wood undertook a cadetship with BHP and a bachelor of business with Curtin University. He is now director of the Centre for Ethical Leadership at Melbourne Business School. Prior appointments include deputy vice chancellor at the University of Western Australia and visiting professor at the Kellogg School of Management. His research in leadership, motivation and learning has won several international awards. He completed his studies in the US (PhD, University of Washington; Post Doc, Stanford). Wood and his team are working with industry partners on the gender-equality project, which identifies evidence-based strategies to increase women in leadership roles within organisations. Reports cover resilience and the use of gender targets and quotas. Current projects include unconscious bias, mainstreaming flexible work arrangements and culture change.

You can watch Professor Wood’s presentation from our Annual Seminar below.